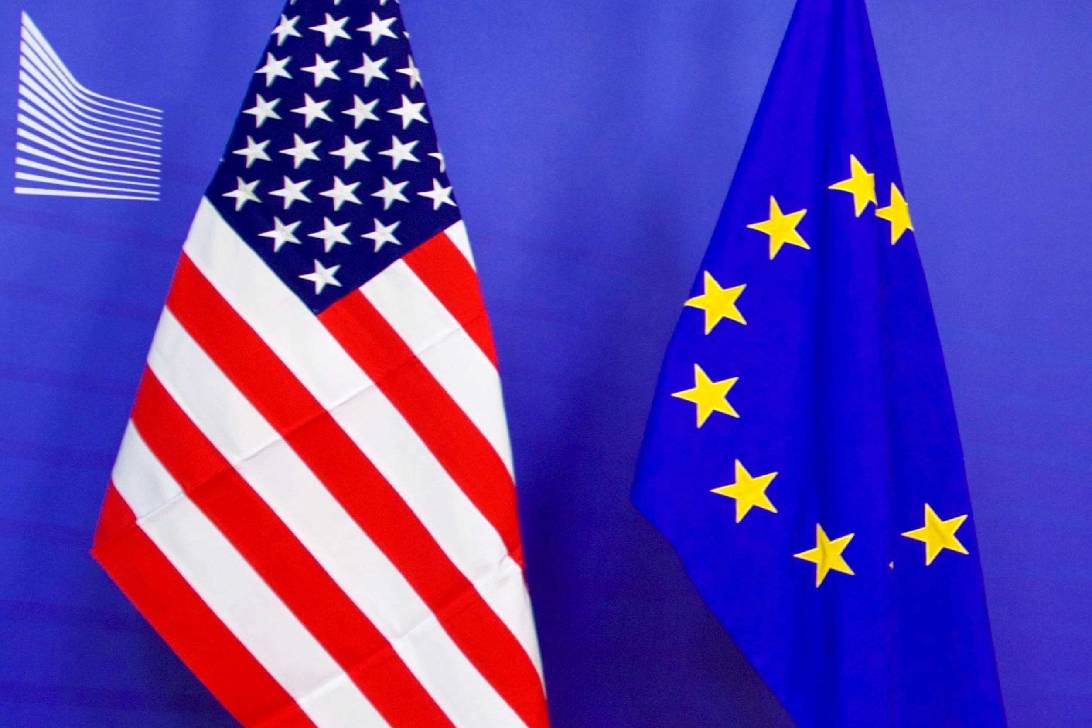 US officials said there was growing “convergence” with the EU on financial sanctions aimed at crippling Russian banks in the event of an invasion of Ukraine, as western countries sought to settle on a package of economic countermeasures to a possible attack.

An EU official said that “further work behind the scenes” was needed to “get absolute clarity on” what the “triggers for sanctions” might be — referring to the nature and scale of Russian attack that would result in punishment. But on the substance of the measures, Biden administration officials stressed that there had been a “really encouraging convergence” between the allies, particularly on financial sanctions being contemplated on both sides of the Atlantic. That alignment focused on “the size of the financial institutions and state-owned enterprises” to be targeted, as well as the “severity” and “immediacy” of the measures, and “the extent to which the prohibitions would affect existing stocks of risk in addition to new flows of financing”, one US official said. The White House has publicly backed efforts in Congress to slap sanctions on Russian financial institutions including Sberbank, VTB, Gazprombank and the Russian Direct Investment Fund. The attempt to find a common position on sanctions came as Emmanuel Macron, the French president, and Olaf Scholz, the German chancellor, were due to meet to co-ordinate the European position on the crisis.

Banks in Italy, France and Austria are the world’s most exposed international lenders to Russia. Italian and French banks each had outstanding claims of some $25 billion on Russia in the third quarter of 2021, according to figures from the Bank for International Settlements (BIS). Austrian banks had $17.5 billion. That compares with $14.7 billion for the United States.

European banks with subsidiaries in Russia are most at risk of sanctions, according to JPMorgan research. The investment bank’s study pointed to a handful of banks, including UniCredit (CRDI.MI), RBI (RBIV.VI), France’s Societe Generale (SOGN.PA), and ING (INGA.AS) of the Netherlands, as having notable exposure to Russia.

In reaction to Russia’s annexation of Crimea in 2014, and in the following years, the United States and European Union imposed sanctions that include blacklisting specific individuals, sought to limit Russia’s state-owned financial institutions’ access to Western capital markets, imposed bans on weapons trade and other limits on the trade of technology, such as that for the oil sector. Over that period, foreign bank exposure to Russia has more than halved, BIS data show.

Meanwhile, in Europe, negotiators say they are ready to impose “massive” economic sanctions on Russia if it invades Ukraine, but officials and diplomats say the threat depends on complex negotiations involving 27 member states that are far from complete. Negotiations are being held secretly.

In addition to widening the circle of Russian financial institutions that would be affected, measures are most likely to include efforts to keep Russia’s energy sector from expanding, as well as blacklisting people and companies allied to President Vladimir Putin.

A major worry is that Russia gets cut off from the SWIFT global payment system, which handles international financial transfers and is used by more than 11,000 financial institutions in over 200 countries. There is a precedence for such a move: Iran was banned a decade ago.

Jan Pieter Krahnen, a finance expert at Frankfurt’s Goethe University and adviser to the German finance ministry, said the short-term consequences of a ban are opaque, and might backfire. Long-term, it could lead to the buildup of a parallel system that would be “a loss for the global system, and also facilitate conflicts further down the road as opportunity costs vanish”.

Heinrich Steinhauer, who represents the German lender Helaba in Moscow, said such a move would be tantamount to a giant debt forgiveness program by prohibiting payments, describing it as a “sort of atomic bomb”. “For many this would be a catastrophe. For many in the European Union and Russia, and less so for the U.S. because economic ties are fewer,” he said.

Financial institutions involved in swaps, futures, forwards and other derivatives that trade with Russian counterparties could also become subject to sanctions rules, according to Jonathan Moss, partner at the law firm DWF.

European banks oppose including Russian bonds in a sanctions package, said one person with direct knowledge of their stance.

RBI said it had earmarked 115 million euros in provisions for possible sanctions on Russia, underscoring risks for European lenders as tensions flare.

UniCredit dropped a potential bid for Russian state-owned Otkritie Bank due to the Ukraine crisis.

ING of the Netherlands disclosed last week that it has 4.7 billion euros in exposure in Russia, but only around 25% of that is onshore. Its CEO said the bank plans to remain in Russia and would act accordingly if any new sanctions arose.

Raiffeisen Bank became the first bank to commit funds to the “geopolitical risk in Ukraine” and to possible sanctions in Russia.

The Austrian Raiffeisen Bank has committed € 115 million in funds to deal with the effects of the escalation of Russia-led troops on the border with Ukraine.

According to the bank, funds have been provided both for the “geopolitical risk” in Ukraine and for possible sanctions against Russia.

“Our banks in Russia and Ukraine are in good shape. Businesses operate normally despite geopolitical tensions. However, we are closely following the developments”, said the CEO of Raiffeisen Johan Stromble.

As well as financial sanctions, the US and EU are also debating export-control measures to deprive Russia of sensitive technologies and curbs on the country’s energy sector. The US and EU also discussed ways to mitigate the fallout in Europe from the potential loss of Russian energy supplies to the continent. Biden administration officials confirmed they had been in talks with countries including Qatar and Australia to bump up gas production and cover a shortfall of supplies in Europe if needed. But even as they prepared to respond to a possible attack, European and US officials were also seeking a common position on the diplomatic talks involving US secretary of state Antony Blinken and Russian foreign minister Sergei Lavrov to defuse the crisis.