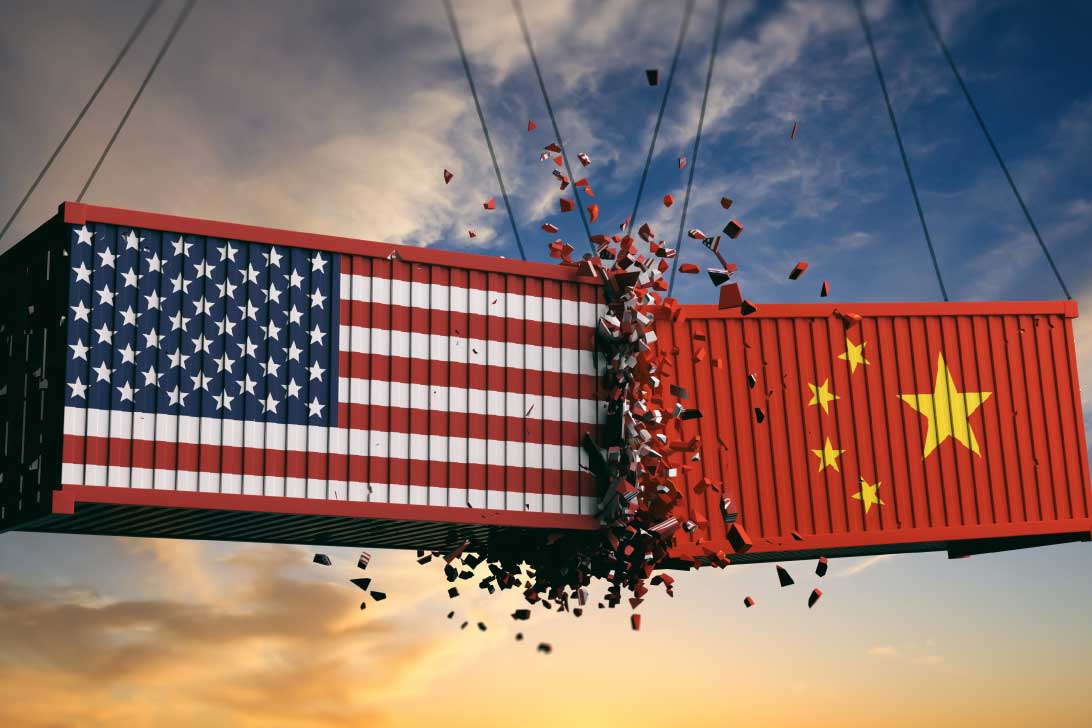 A trade war, initiated by the United States, would do serious damage to the global economy as protectionist actions escalate. Countries imposing tariffs and countries subject to tariffs would experience losses in economic welfare, while countries on the sidelines would experience collateral damage. If tariffs remain in place, losses in economic output would be permanent, as distorted price signals would prevent the specialization that maximizes global productivity.

China and the United States have the most at stake, and it is in their best interests to reach an agreement that addresses key issues such as market access, intellectual property rights, and joint-venture technology transfer.

Monetary policy and financial market responses will influence the outcome of a trade war. The US federal funds rate rises more quickly than in the baseline forecast in response to higher domestic inflation. A rise in financial stress would adversely affect new credit flows and restrain investment, industrial production, and trade. In addition, global equity prices are expected to decline in a protectionist environment.

At this moment in history, neither the US nor China represents an ideal to the rest of the world. Both want the world to conform to their specific versions of economic success. Both are challenging what it means to be allied with other nations. Tight configurations have loosened.

The US-Chinese trade war has slowed growth and placed the biggest drag on oil prices.

The tit-for-tat tariffs have been driving markets all year, but what traders haven’t even begun to price in is the longer term, structural impact of this decoupling and its particular danger to individual companies.

The fallout will slow global growth in 2019 to 3.0%, the slowest pace in a decade, the IMF estimated

The damage is being particularly felt in European countries which “rely on exports and are open to trade,” the European Union’s Economic and Financial Affairs Commissioner Pierre Moscovici said.

More than 40% of Germany’s GDP was derived from exports in 2018, the most of any major global economy. Uncertainty in the business community is widespread, German Finance Minister Olaf Scholz told reporters.

German trade group BGA recently revised down its growth forecast for German exports in 2019 to just 0.5%, from 1.5%. As a result, many companies are scaling back their investment plans, something that will have repercussions for years to come.

The United States hasn’t been immune from the impact of the trade wars. American farmers have been particularly hurt by Chinese tariffs on U.S. agricultural products, prompting the Trump administration to give billions in aid to the farm belt.

The pain is being felt in countries that don’t rely on exports too, such as Iceland, which became the first developed economy to seek aid from the IMF after a 2008 banking collapse. Since then, it has rebuilt its economy in what’s been called a miraculous recovery. Now, that is threatened.

Peru cut its 2019 economic growth estimate to 3% in August, from 4.2%, citing trade factors. Mexico is edging closer to a recession that its officials say might be more difficult to reverse than during the last downturn more than a decade ago.

The United States and China were each other’s top trading partner in 2018, but Mexico and Canada surpassed China to become the top two U.S. partners this year.

In May 2019, the Organization for Economic Cooperation and Development (OECD) warns that uncertainties associated with trade disputes between the United States and its partner countries are already negatively affecting growth and global business investment, which it now projects will rise by only 1.7% in 2019 and 2020, down by half (3.5%) from the 2017-2018 period. The breakdown in US-China negotiations in early May is already negatively impacting stock markets in the US. The escalation of tariffs on $200 billion of US imports from China, and $60 billion of Chinese imports from the United States, with threats of more to come from both sides, have significant potential to disrupt global growth.

Other emerging markets are also coming under pressure.

Macroeconomic impacts: No winners in this trade war

There are no real winners in this US-initiated trade war. Countries facing new tariffs, including the United States, experience declines in real exports and GDP. Other countries are hit indirectly through weaker demand for their own exports, either through supply chains or in response to weaker global economic growth. These effects outweigh any potential gains from trade diversion to avoid tariffs. In the protectionism scenario, the level of global real GDP is reduced 0.1% this year, 0.8% in 2019, and 1.4% in 2020. Thus, global economic growth in 2019 and 2020 is only marginally above our 2.0% threshold for a world recession.

World trade suffers in a more protectionist environment, as countries turn inward and multinational companies move production to end markets to stay competitive. In the scenario, real global exports of goods and services are 2.4% below the baseline level by 2020. The sharpest declines in real exports occur in China and the three North American countries.

Real fixed investment is restrained in the trade war scenario, reflecting losses in real exports, financial stress, declining equity prices, and reduced foreign investment in emerging markets targeted by US import tariffs. The most substantial losses are in China, as both foreign and domestic investors will take a more cautious approach to capital spending in China.