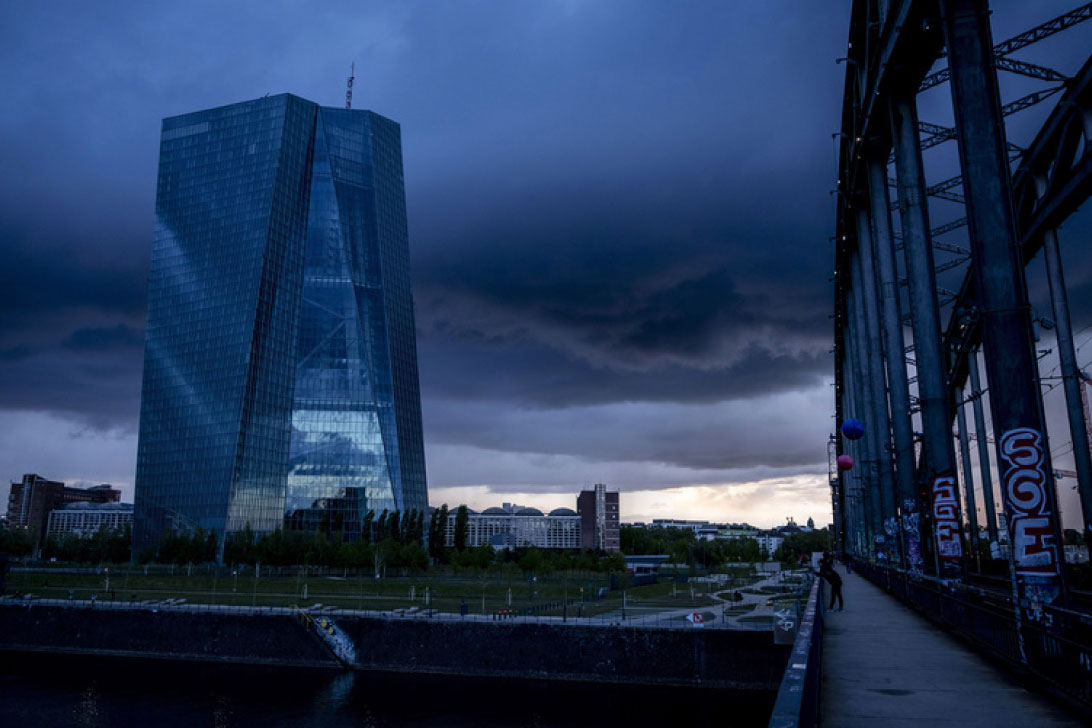 Germany’s highest court has cast doubts on key eurozone stimulus efforts by ruling that the European Central Bank must demonstrate within three months that a key bond-buying program is needed and appropriate.

If it fails to do so, Germany’s national central bank must stop participating in the program, the country’s top court said on Tuesday 5/5/2020.

The euro fell after the decision by a half-cent to $1.0850. Analysts said the implications were not all clear but raised concerns the ruling could end up putting limits on key central bank efforts to support the economy of the 19 countries that use the euro as they struggle to rebound from the shutdowns caused by the virus outbreak.

Doubts alone could complicate the ECB’s efforts since it relies on markets believing that its measures will be effective.

The judges of the Karlsruhe-based Federal Constitutional Court ruled that Germany’s central bank, the Bundesbank, must stop buying bonds as part of an ECB stimulus program begun in 2015 unless the ECB reaches a “new decision” on the program that demonstrates its effects on the economy were “proportionate.” It also said the Bundesbank should sell the bonds, but only in accord with the ECB and over the long term.

The ECB has bought more than 2.6 trillion euros ($2.9 trillion) in corporate and government bonds in an attempt to raise inflation and weak economic growth in the 19 countries that use the euro. The program faced objections from conservative German academics that it exceeds the bank’s authority and violates a legal ban in the EU treaty on financing governments. The court found that the ECB did not violate a ban on central banks financing government spending.

In its ruling, the German court broke with the European Court of Justice, which had approved the bond purchases, called quantitative easing, or QE. Such purchases have become common among central banks and the U.S. Federal Reserve, the Bank of England and Bank of Japan have all resorted to similar programs.

The court said that “the Bundesbank is barred, after a transitional period of at most three months, from participating in the implementation and carrying out of the decisions at issue, unless the ECB council demonstrates in a comprehensible and substantiated way in a new decision that the goals sought by the purchase program are not disproportionate to their economic and budgetary effects.”

The bank has more recently also announced 750 billion euros in new purchases to cushion the blow from the virus outbreak.

Tuesday’s (5/5/2020) court decision did not apply to that new program, but analysts have been keeping an eye on the court case in case it calls into question the ECB’s ability to intervene in markets to support the economy.

Andrew Kenningham, chief Europe economist at Capital Economics, said the decision could lead to future challenges: “The German constitutional court ruling today will not bring the ECB’s asset purchase programme to a sudden end. But it highlights that a successful legal challenge to the its policies in the future could contribute to increased tensions in the bond markets and to a renewed risk of eurozone break-up.”