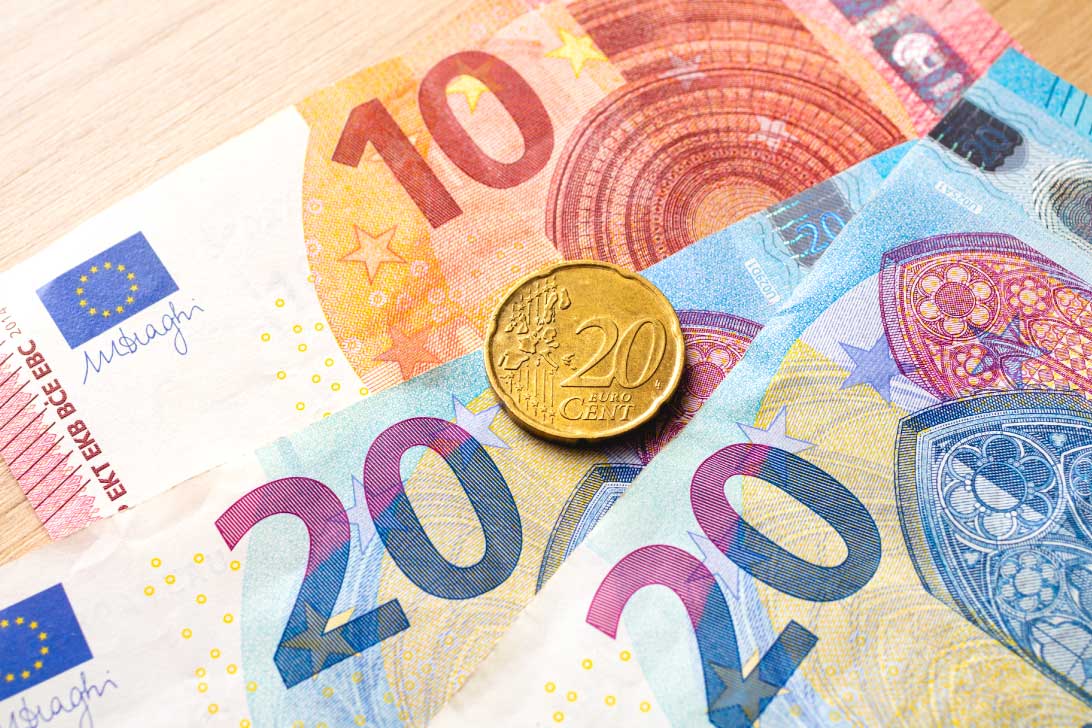 Europe’s battered banks, reporting their toughest year in a decade, are signaling that the worst of the pandemic’s damage has passed.

Profit at the 19 major EU lenders that have published results dropped below 10 billion euros for the first since Bloomberg Intelligence started collecting the data in 2010. Still, firms including SocieteGenerale SA, BNP Paribas SA and Banco Santander SA have proposed resuming payouts to shareholders as loan-loss provisions are forecast to ebb and cost-cutting efforts begin to kick in.

European banks recorded the lowest net income since at least 2010

The struggles at lenders like ABN Amro NA, Commerzbank AG, SocieteGenerale, and Santander, which posted losses for the year, contrasted with gains generated on the opposite side of the Atlantic. U.S. banks’ profits held up thanks to record results from their trading desks. And while loan-loss provisions pushed net income lower than 2019 levels at most firms, Morgan Stanley had its highest profit ever, as did JPMorgan Chase & Co.’s corporate and investment bank.

With lacklustre trading results in Europe, soaring loan loss provisions were at the heart of banks’ dismal performance. They set aside 47.4 billion euros to shield themselves against borrower defaults, compared with just 25.9 billion euros in the previous year. Even those provisions may not reflect the total damage, as investors added a discount to the shares: their aggregate price-to-book ratio fell to 0.54 at the end of 2020, compared to 0.74 at the start of the year, according to data compiled by Bloomberg.

The economic slump has slowed banks’ efforts to reduce existing bad debts and “there is also an embedded level of distress in loan books that is not yet fully evident,” the European Central Bank said in a statement last month.

ABN Amro Bank NV scrapped its dividend for 2020 as an unexpected profit of about 54 million euros in the fourth quarter wasn’t enough to save the Dutch lender from its first negative result since 2010.

The year wasn’t bad for all lenders. Deutsche Bank AG avoided the billions of euros in restructuring charges it had booked in previous years, enabling a boom in its trading unit to propel it to its first annual profit in six years. The lender sold debt this week at spreads far below a similar sale in November. Investor orders closed at about 7.6 billion euros ($9.2 billion) across the 3 billion-euro offering.

After reporting their dismal results, many banks sgnaled falling credit provisions this year and a good start to the first quarter. An index of European bank shares has outperformed the broader index so far in 2021, gaining 6% against the benchmark’s 3%.

SocieteGenerale said it plans an initial payout of 470 million euros, while Santander has proposed 0.10 per share, equivalent to roughly the same amount. Banco Bilbao Vizcaya Argentaria SA plans to buy back about 10% of its shares and return to its pre-crisis dividend policy as the sale of it U.S. unit generated about 8.5 billion euros of excess capital.

”While nonperforming-loan ratios may peak in 2021, we believe cost of risk could begin to normalize,” Bloomberg Intelligence analysts led by Philip Richards wrote in a note on Wednesday. A better-than-expected revenue trend among EU banks “also boosts shareholder-payout prospects once the ECB cap is lifted in September.”