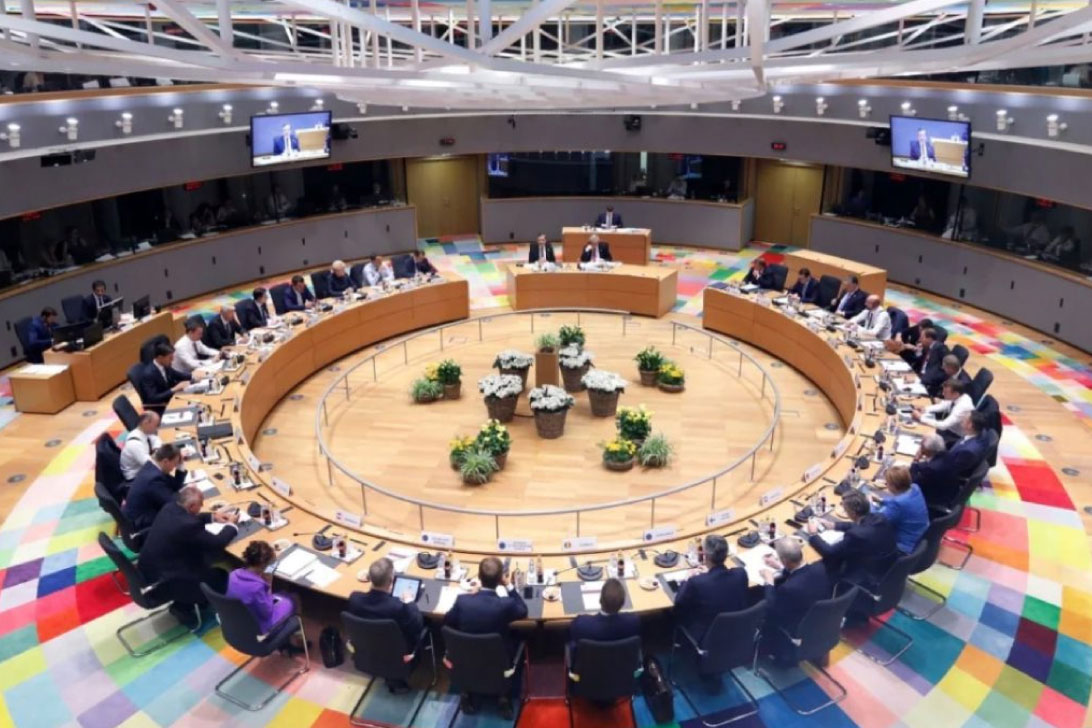 EU leaders have struck a deal on a landmark coronavirus recovery package that will involve the European Commission undertaking massive borrowing on the capital markets for the first time.

After days of sometimes bitter debate, the bloc’s heads of government agreed on a €750bn package aimed at funding post-pandemic relief efforts across the EU. The deal was announced in a tweet from Charles Michel, the European Council president at 05.31am (CET) on Tuesday 21/7/2020 and was hailed by Emmanuel Macron, the French president, as a “historic day for Europe”.

The recovery fund centers on a €390bn program of grants to economically weakened member states (Italy and Spain are expected to be the main recipients) a significantly smaller sum than the €500bn package originally proposed by Berlin and Paris in May.

A further €360bn in low-interest loans will be available to members of the bloc.

The deal, orchestrated by Angela Merkel, the German chancellor, and Mr. Michel, is the fruit of marathon negotiations which began in Brussels on Friday morning. The summit was the second longest in the bloc’s history, falling just shy of the record set at a meeting in Nice in 2000.

Leaders had struggled to settle an agreement in part because “frugal” states — Austria, Denmark, the Netherlands and Sweden — were opposed to the idea of permitting the EU to borrow money and hand it out as budgetary expenditure for member states.

Even after the summit began, they continued to insist on paring back the amount of grants that the commission would be permitted to hand out, before finally settling on the €390bn figure.

The price for this was a boost to the budget rebates that those frugal nations receive as a legacy of the UK’s membership of the EU.

Another issue in the negotiations was how disbursements would be linked to governments respecting the rule of law. Hungary and Poland both threatened to veto the package if it adopted a policy of withholding funds from nations who do not meet certain democratic principles.

The European Commission will borrow the €750bn on international markets and distribute the aid. There will also be a means by which member states can reject a spending plan.

The deal was reached alongside agreement on the bloc’s next seven-year budget, worth about €1.1tn.

The package will now face more technical negotiations by member states, and need ratification by the European Parliament.