Davos: The climate at the top of the agenda 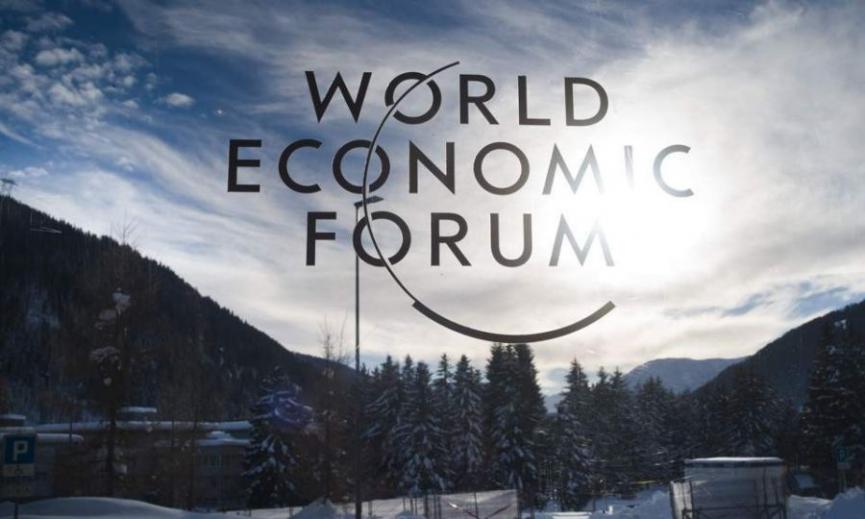 Climate change continues to grab global attention in catastrophic ways that we cannot ignore. In addition to the pandemic and the war in Ukraine, this year’s meeting of political and economic leaders in Davos will also focus on climate change, which continues to grab global attention in catastrophic ways that we cannot ignore. The acceleration of rising temperatures, the severity and cost of major weather events and their effects, especially on people in developing countries, have pushed the subject from science to something that touches every aspect of life, including – or perhaps especially business and the economyOne third of the approximately 270 panels, which will be held from today-24/05/2022 until Thursday-26/5/2022, deal with climate change or its immediate effects. US climate envoy John Kerry, Ugandan activist Vanessa Nakate and Alok Sarma, president of last year’s COP26 International Climate Conference, are among the high-profile personalities expected in Davos, Switzerland. In the first face-to-face meeting in two years, climate panels are as diverse as the issue, covering areas ranging from tackling “ecological stress” to strengthening indebted countries to switching to renewable energy sources. The following issues are what are expected to arise:

Environment, Society, Governance (ESG)Several of the panels will fight for an approach that will allow for environmentally friendly investments and other important factors. This effort, known as ESG, has gained considerable momentum and trillions of dollars are currently being invested in companies that meet specific criteria. ESG can play an important role in climate change. For individual investors, but also companies and government agencies, which analyze the way companies operate, transparency and public commitments are very important. They can be the basis for estimating each company’s carbon dioxide emissions, as well as the climate impact and economic risks associated with climate change. At the same time, however, they raise questions: Should some announcements of data be mandatory? Should they be controlled and by whom? Or has the ESG movement already escaped, undermining investment without doing anything to curb greenhouse gas emissions? In many cases, the views agree on political lines. In the United States, many Republicans oppose it, while many on the left, especially environmentalists and activists, insist that reporting and transparency can lead to real change.

Energy Transition and Net Zero Energy Consumption (Net Zero)Leading climate scientists around the world have warned that a significant reduction in greenhouse gas emissions this decade is necessary to reverse global warming and prevent the most devastating effects on the planet. This presupposes radical changes in entrepreneurship, from the way products are produced to the way they are transported. Several of Davos’ panels will address areas where businesses have successfully switched to renewable energy, the role of finance and governments in motivating change, and corporate accountability strategies. Despite the increased attention and promises of companies, gas emissions are increasing worldwide.

“Moving the climate dialogue from ambition to implementation” is the title of a panel that sums up the enormous challenge. The discussions will address areas such as minimizing the reliance of shipping and aviation to coal, renewable energy planning and the challenges of implementing them in countries such as China and India. In addition, strategies will be discussed to ensure that such significant changes take into account people in historically marginalized countries, which are experiencing some of the heavier effects of climate change. An important factor in all discussions will be the definition of “net zero”. Moving from fossil fuels such as coal and oil to renewable sources such as the sun and air can reduce gas emissions and bring a company closer to achieving the goal: To remove as much emissions from the atmosphere as that produced.

However, switching to renewables is often a small part of a company’s plans. Many rely on balancing their energy footprint by investing in reforestation or other such projects. Although it’s better than nothing, experts point out that this does not really change the practice of companies.

The war in Ukraine and the future of energy Russia’s war in Ukraine will dominate the Davos meeting. With regard to climate change, the conflict raises two key questions: How should countries deal with the energy shocks that result in the curtailment or cessation of Russian oil and gas imports? And will the war accelerate the transition to renewable energy or will it help fossil fuel companies maintain the status quo? Since the beginning of the war, businessmen, environmentalists and political leaders have been trying to influence the answers to these questions, which will be transferred to Davos.

“Energy security and the European Green Deal” is one of the panels that is expected to be dominated by the view that moving away from fossil fuels is the only way forward. But some European countries, which are heavily dependent on Russia for energy, are struggling to find other sources of gas and oil to meet their needs.

And although none of the debates are clearly in favor of strengthening fossil fuel dependence or mining, judging by recent months, these views will certainly be present in Davos.