Climate change and how it seriously damages the supply chain 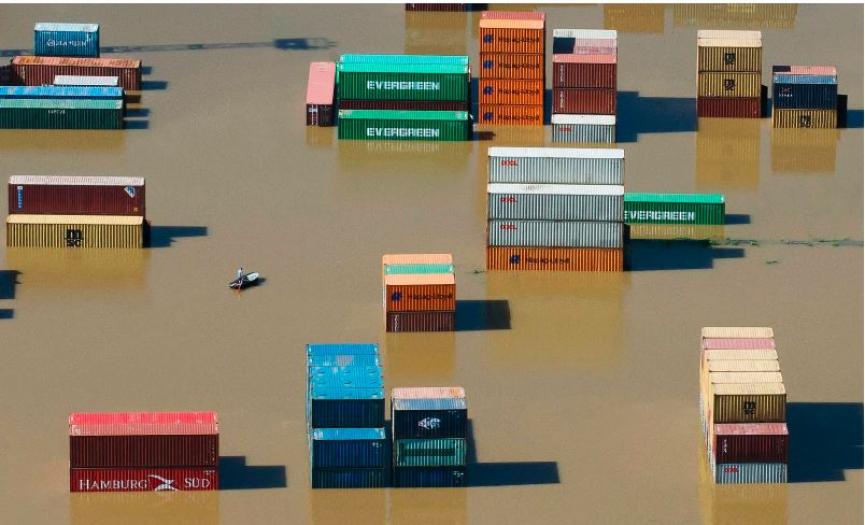 The drought that has restricted the movement of goods through Europe’s major rivers shows how dangerous climate change can be.

By Helen Thomas in the Financial Times

After weeks of heat, you could walk on the dried Loire River bed. The low water levels in the Danube have forced countries in Eastern Europe to start dredging to keep inland vessels moving along the critical waterway. The Rhine, at a major bottleneck, has fallen below the level making it uneconomic for many ships to operate. In terms of the looming challenges, this may just be the warm-up.

The Intergovernmental Panel on Climate Change is clear that extreme weather events, such as drought, flooding or strong storms, will become more frequent and severe as the climate changes. The implications for the production, production and distribution of food and goods around the world are almost mind-bogglingly broad and complex.

The first concern of companies may be which of their units or which of their suppliers are exposed to the increasing risks. Governments focus on threats to food supply. But this year’s droughts highlight the risk that water infrastructure for global trade will dry up or shut down as climate change intensifies.

Examples abound: Most of Argentina’s crop exports run along the Parana River, where water levels have fallen in recent years, cutting the processing of soybeans, the country’s third-largest exporter in the world. disturbed. Floods in Malaysia last year damaged the Port Klang, disrupting the supply of Taiwan-made advanced semiconductors, many of which are packaged there before being shipped worldwide. Trade on the Rhine, also threatened last year by too much water, is suffering the second severe drought in five years. Freight stopped in 2018, causing German economic growth to fall 0.4 percentage points in the fourth quarter.

About 80 percent of world trade is once carried by ships, and sea trade has nearly tripled in the 30 years to 2020. Changes, other than climate, have made the system more prone to disturbances. Ships have gotten bigger and bigger and harder and more expensive to save if something goes wrong.

There is also no easy alternative when the drought hits. One inland vessel is equivalent to about 100 to 150 trucks, so road or rail simply cannot handle the load. The typical response is partial loading of ships or more trips with smaller ships.

Not only does this mean a vicious emissions cycle, especially as low water levels mean more drag and more fuel, it also has effects on costs and congestion around the waterways and port system. What’s more, it doesn’t always work out well: Despite all the efforts, the total freight volume fell by about 60 percent at the height of the 2018 drought, according to Van Koningveld.

The problem is that “climate risk is so distributed across all aspects of the system that it’s hard for specific entities to have the incentive to address it,” said Austin Becker of the University of Rhode Island, who studying the impact of climate. change in the world’s 3,800 coastal ports. Typically, a third are in tropical storm-prone locations, where small changes in average storm intensity can translate into a large increase in port downtime.

Individual adaptations, such as the work of German chemical group BASF to develop barges that can handle lower water levels, are likely to reach limits to technical or cost-effective feasibility, experts say, given the magnitude of the problem. More generally, these weather events are treated as discrete emergencies rather than part of an aggravating systemic problem. That creates what the United Nations Agency for Disaster Risk Reduction calls a disaster-response-recovery-repetition cycle.

The same could be true in the corporate world, which is already under pressure to isolate supply chains from pandemic disruptions and rethink them in light of mounting geopolitical risks. But calls for simpler supply chains could focus climate risk. Resilience can come at the cost of efficiency through dual-sourcing, geographic diversity and increased inventory, and requires investment in disaster-resistant assets. That’s better than “delay and pay,” says Patrick Verkooijen, head of the Global Center on Adaptation, who argues that spending on climate resilience is piling up financially at national and corporate levels.

For governments and businesses, climate is another supply chain risk that needs to be considered now.